If you have not already seen The Last Jedi … then STOP reading now unless you do not mind being spoiled.

If you want to see my opinions from the first viewing with no spoilers, see below: 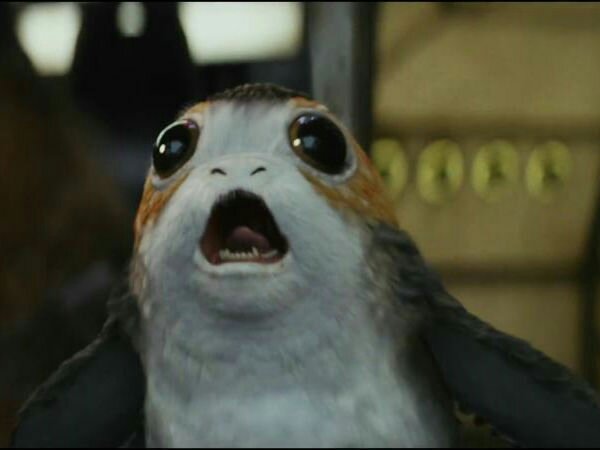 After reading some other reviews of The Last Jedi, I discovered I was not the only person that felt disappointed. Currently the audience rating on RottenTomatoes is 56% … the lowest of all live action Star Wars movies behind Attack of the Clones (57%) and The Phantom Menace (59%). Oddly enough, the critics are eating this move up with the Tomatometer sitting at 93%, tied for 2nd with The Force Awakens and A New Hope but just behind The Empire Strikes Back at 94%. So it is in a unique position of nearly being the best of the franchise and the worst at the same time depending on who you ask.

The second time watching it, I did my best to go in with lower expectations and more of an open mind. So were these the droids I was looking for after all?

For this review I am going to do things a little differently by breaking down 5 individual aspects instead of just the best or worst parts of the movie.

One of my biggest issues with The Last Jedi (and most other recent hero based movies) is the need for pointless if not counter-intuitive humor. Witty dialogue or funny moments are one thing, but not all movies need non-stop laughs … especially if they aren’t funny moments. The repercussions of prior movies or current actions were undercut by the need for whimsy.

Sent to retrieve Luke and learn the ways of the Jedi by the end of The Force Awakens, she fails on both fronts. She doesn’t learn to harness her powers, learns almost nothing about the Force, or learn anything of benefit for that matter … but she comes off the planet wanting to bring Kylo back to the light side … even though no one has really taught her what that entails or means. We also learn that her mysterious heritage was pointless speculation and her sudden ability to wield the force on par with the best of them remains an unexplained mystery.

By the end of The Force Awakens, Kylo killed his father and further devoted himself to the dark side … yet is torn more so and is borderline middle of the road for his allegiance by the end of The Last Jedi. He continues to be my favorite character as the brash, headstrong, and conflicted villain that is definitely reminiscent of Anakin Skywalker. We don’t get a lot of his tortured facial expressions and he destroys the mask / helmet very early.

Surprisingly my least favorite character in the movie. They attempted to mirror Yoda’s introduction by having Luke be a quirky hermit, except that fell flat since we all know Luke. Yoda refused to train Luke since he was too old whereas Luke refused to train Rey because he failed once. When he eventually gives in, he doesn’t show her anything of substance (lesson 1 is the balance in the force, lesson 2 is the Jedi are known for failing, and lesson 3 doesn’t happen). Speaking of failing … so he tried to kill Kylo, was beaten handily, didn’t try to take Kylo and the Knights of Ren down, and decided the best course of action is to run away. Also … what killed him? Exertion?

Yes, it is sad that Carrie Fisher passed away. Her character in The Last Jedi was nearly pointless. Her strategy as a general was not seen, her being in a coma did nothing except give Poe a reason to have trouble with the new leader in charge, and she learned how to use the force suddenly … so she could fly through space?

Snoke is apparently the strongest force wielder that learned how to control minds and also somehow corrupted most of Luke’s students without an issue. Don’t worry, none of that is discussed. He also has a humongous stealth bomber that dwarfs the other ships by a large amount. He also gets killed in an entirely unsurprising way and then is shown with his tongue sticking out …

He continues his character arc of running away from everything … except for when he suddenly gets the courage to fight Phasma.

Where was his curly mustache? That is all his sniveling and conniving persona was missing. Except he was the most competent villain that suffered due to overly confident superiors. Thanks to him they were able to track the Resistance through hyperspace, got the information from the hacker / thief, and they would have kept advancing on the final base without hesitating for Luke … who would not have been able to do anything since he was only a hologram.

Yoda was a great addition, except he was able to control a massive amount of lightning as a force ghost?

Maz Kanata showed up out if nowhere to send them on a pointless wild goose chase … more on that later.

Chewbacca had zero impact other than flying the Falcon, almost eating a Porg, and kicking Luke’s door down … EXCEPT HE STILL DOESN’T GET TO DELIVER A FUCKING EMOTIONAL SCENE DEALING WITH HAN’S DEATH?! That is definitely up there on my list of grievances with the new trilogy.

Rose was a good addition, though her character should have been from Canto Bight with her story being a stable girl. That would have made that moment carry more dramatic weight and held more connection to the other stable kids.

Vice Admiral Holdo had a strategy to let the escape pods get to Crait unnoticed and use the cruiser as a distraction. She didn’t tell anyone because she wanted to be a hero?

Captain Phasma got to come back and have more screentime. Except she went the way of Boba Fett, cool character everyone loved and wanted more off … but taken out like a chump.

DJ (the thief that we never got an actual name for) was great in his role, aside from being a deus ex machina.

I cannot get behind the ability to use the force from a large distance. Snoke was able to use it on Rey to connect her and Kylo telepathically, but not locate her and send troops after her. Snoke was able to read Kylo’s mind, but believed Rey was the true enemy? Then Luke used it as a projection even though he had no way to know where everyone was, let alone navigating the base and having the space dice (?) stay longer than his projection.

The two standout battles were the new throne room fight between Rey / Kylo and the Imperial Guard and the Crait battles.

The throne room fight lacked any force powers and seemed a little orchestrated since Rey / Kylo took out half a dozen before struggling. It could have showcased their need to work together making the split a little more tense. Also, the Imperial Guards should have been the Knights of Ren which would have added more of an impact. Not to say this was a bad fight, because it was amazing … just could have been better.

The Crait fights were amazing, but could have been exponentially better as well. The skiffs should have been more numerous, intimidating, or had some firepower to be more believable. After all, what was their plan? The AT-M6s did nothing except shoot at Luke, the two dozen TIE fighters were picked apart by the Falcon, and the miniaturized Death Star cannon barely opened the door. The Luke and Kylo fight was everything I wanted … until it was revealed to be a projection. It would have been the same result if Luke was actually there and cemented Kylo as the new villain.

There were so many issues that I cannot help but wonder what people are liking about the story. JJ Abrams set up a lot of lore and potential, which Rian promptly ignored.

Rey’s lineage didn’t need to be someone we already knew since that would have shrunken the universe, but Snoke not being explained and then killed off was very frustrating. You dont need to explain everything and some things are better left a mystery, but for the “main” villain to come from nowhere and overpower everyone to die halfway into the second movie is stupid.

A popular story “flaw” is that Raiders of the Lost Ark would have ended the same even without Indiana Jones. Another example of this is the Canto Bight story. Finn and Rose went to find a hacker so they could disable the tracking system. They only a broach description to go on … not a name or description. They get arrested, but find someone who can do what they want … was he supposed to be Maz’s contact? Either way, they finally get the hacker, only to get captured before it could be disabled. It doesn’t matter since the cruiser wasn’t going to have enough fuel for another jump and the plan was to let the escape pods get away. This 30-45 minute subplot gained the Resistance an extra minute or two at best. They should have cloaked the escape pods and had the cruiser jump away drawing the First Order away, the escape pods could have jumped away to another location since we saw Finn / Rose do that previously or gotten more of a headstart. We would have missed out on the epic scene where the cruiser went through the enemy fleet at semi-light speed.

My other issue was Luke’ refusal to teach Rey and his decision to let the Jedi die. If he didn’t want to fail another student, he could have conferred with Yoda, Obi Wan, and Anakin via force ghost. Instead he decided the only way to proceed is to let the dark side win by going into exile and not teaching anyone else. It was a cheap mirror of Yoda running off to exile, except Yoda had a plan supposedly. If he wanted to let the Jedi die, why didn’t he burn the texts and go somewhere other than one of the ancient Jedi hideout. He could have had a big scene teaching Rey how to use the force similar to how he learned from Yoda involving the X-Wing in the bay. Which he could have fixed and saved the day with before physically confronting Kylo. Instead he taught her nothing and her self taught lessons are more than good enough.

So now the Resistance is down to a dozen people (minus Leia now), Snoke and Luke are dead (but they are just as powerful now that they are dead if not moreso), and it is down to Rey vs Kylo.

Maybe one day I will write down my outline for what I would do different for the new trilogy … until then I am a little less excited about Episode IX than before.

I tried to find some other movies that had such a wide variance between the critic rating and what the audiences thought, my favorite one from the list was Bad Boys II. The critics gave it 23% and the audience gave it 78%, which is a bigger split than The Last Jedi. This is probably the last movie Michael Bay directed that I loved, and I loved it a lot. He knows how to shoot a fantastic action scene, and Bad Boys II might have been the pinnacle of that talent. The multiple chase sequences, shootouts, and finale are super rewatchable and will keep you on the edge of your seat.